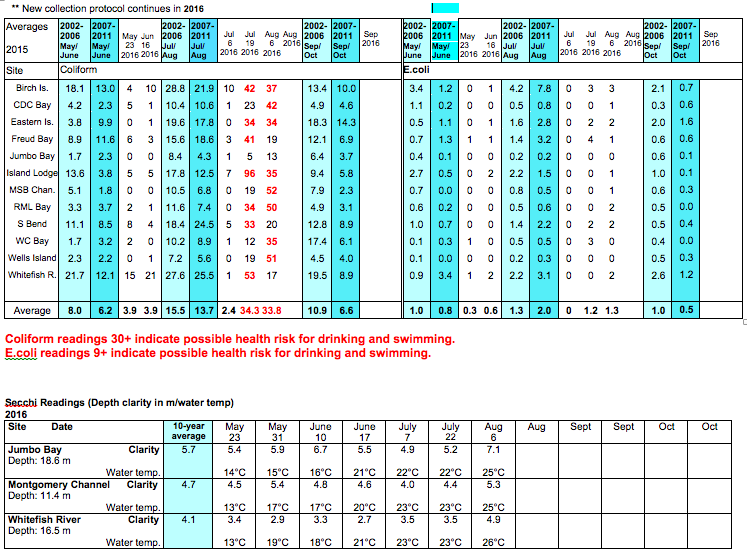 WATER QUALITY REPORT
Recent water testing has indicated higher than average levels of coliform bacteria in the water. The average coliform count exceeded 30 on the last testing date (August 6), indicating a possible risk for drinking and swimming, according to the test protocol literature. While it is difficult to determine the exact cause of the contamination, the following have in the past been linked anecdotally to poorer water quality:

Disturbed shoreline due to construction/destruction activity

Are you a member of the Bay Of Islands Community Association and this is your first time logging in?

Not yet a member? Complete our Membership Information Request form